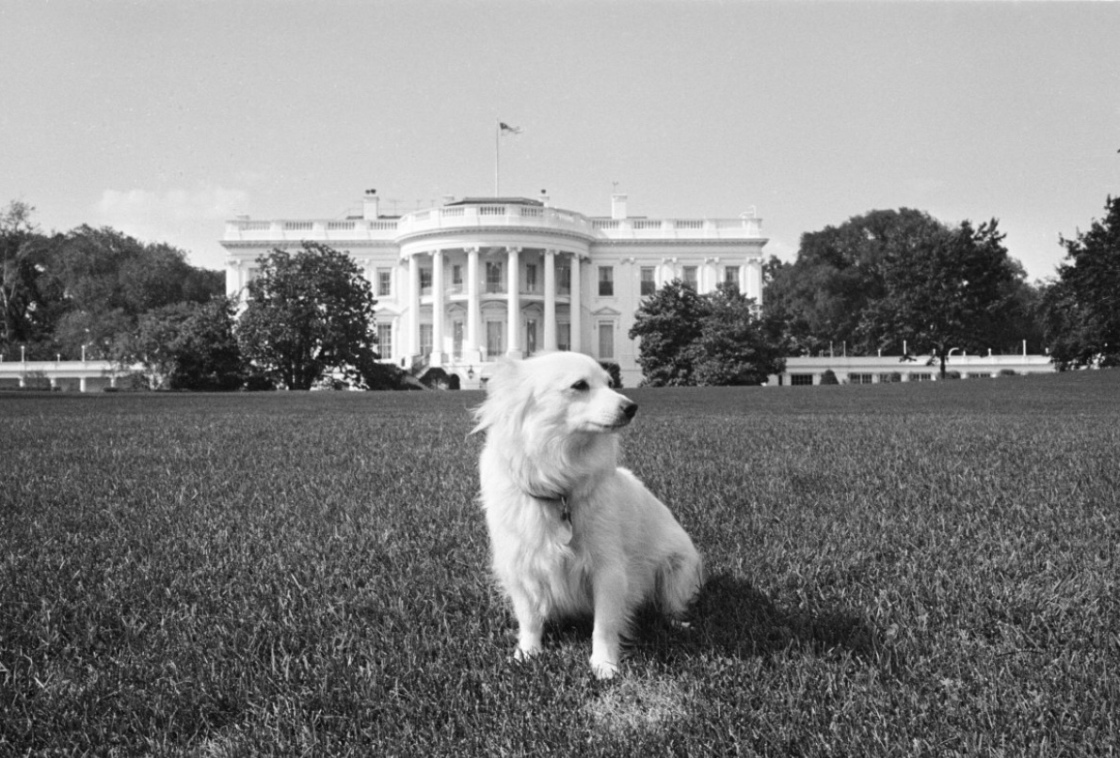 All the Presidents’ Dogs

My favourite anecdote of late is that of an honest, hardworking man in the final stages of an interview process with the National Trust. All had gone well and the job was all but in the bag when one of the panel asked if the man had a dog.

Donald Trump does not have a dog. He is in fact the first President of the United States for over 140 years not to have one. They all had at least one, some owning several at a time, as well an assortment of other domestic pets including cats, birds, fish, guinea pigs and a raccoon called Rebecca (Coolidge).

The most recent First Dogs, two Portuguese water hounds named Sunny and Bo, cheered canine-loving Americans with tales of their antics biting White House guests, ‘pooping’ in the Oval Office and avoiding kidnap by delusional men from North Dakota, as well as fulfilling the more presidential, camera-friendly duties of comforting ex servicemen and being patted by sick children. The dogs were bought for Obama’s daughters but were also cheerfully rolled out at all sorts of events and press calls. A dog is not only a savvy PR move, but can also placate sulky First Children who might be feeling somewhat reticent about hanging out with Dad in Washington. As Harry S. Truman wisely said, “If you want a friend in Washington, get a dog.”

There was talk that Trump was due to receive a Goldendoodle called Patton for his son Barron, named after macho war hero and certified racist General George Patton, a man Trump has openly admired for years. For reasons that were never really revealed, Patton didn’t made it past the theoretical stage and happily resides in sunny Florida, blissfully unaware of the sharp turn his life might have taken.

It has become clear that Trump is not a dog person. In fact, the only times we hear him even utter the word ‘dog’ is when he is insulting someone. Mitt Romney ‘choked like a dog’, Marco Rubio ‘sweats like a dog’, and liberal journalists are ‘fired like a dog’ – confusing similes that don’t really make much sense, let alone pass any sort of anatomical accuracy. His well documented hygiene issues may well be the core reason behind the Patton rejection – if he believes that dogs regularly choke and sweat, he is unlikely to want one in close proximity.

However, a dog would be a smart move for Trump. Even if the distraction of having an animal in the Oval Office occasionally takes him off Twitter, then it would be well worth its weight in Boneos. But the dog has been more than just a faithful friend to presidents. The dog can in fact help to win additional terms in office, which as Trump knows, is going to be a pressing issue over the coming months. Franklin D Roosevelt’s famous ‘Fala Speech’ where he suggested that his Scottish terrier Fala had taken umbrage at a dig made by the GOP, helped to secure him a fourth term. Nixon, as a Vice Presidential candidate in 1952, repeated the trick with his ‘Checkers Speech’, where mentioning his cocker spaniel helped to turn public opinion in his favour and ultimately helping the Eisenhower/Nixon ticket to defeat the Democrats by a whopping seven million votes. A dog cuts through the rhetoric and appeals to the common man. Voters trust dog people.

Trump might also find a dog useful in his many run ins with the press. George W Bush’s dog Barney famously bit a Reuter’s journalist, while Reagan’s spaniel Rex would pull so hard on his lead that he would often be dragged away from reporters and their awkward questions on the White House lawn. Hoover’s German shepherd King Tut was reportedly so protective of his owner that he not only patrolled the perimeter of 1600 Pennsylvania Avenue, but personally approved whoever came near the President. A dog like King Tut could help you do away with petty details like White House press passes, Senate hearings or Special Counsel investigations. However preposterous it sounds, using a dog to help determine who is in and out of favour is really no less arbitrary than the current system.

Relations with foreign countries have also been smoothed with the help of a dog. In the thick of the Cold War, John F Kennedy received a gift from Soviet leader Nikita Khrushchev, a small fluffy dog called Pushinka who was the daughter of Strelka, one of the two dogs to orbit the Earth in Sputnik 2. After checking the dog for any hidden listening devices, Pushinka settled well into White House life and helped to ease tensions between the two nations. Only very recently, Kim Jong-un sent two Pungsan puppies to his South Korean counterpart, President Moon Jae-in, as a symbol of peace and unity between the two countries. They were intended to be pets, not lunch – President Jae-in has been instrumental in ending the dog meat trade in his country.

Back on the home front, dogs have shown to be excellent companions to Presidents, particularly when times are tough. President Clinton’s Labrador Buddy was the only Clinton able to tolerate his presence once the full extent of the Lewinsky scandal broke. As Clinton’s spokesman, Mike McCurry, said, “It is the President’s desire to have at least one loyal friend in Washington”. A dog will not judge you for sleeping with interns or putting kids in cages. They do not care if you build the wall or collude with Russsia. It is in fact Trump’s need for continuous, unconditional approval that makes the dog so perfect. They are the narcissists’ ideal pet, and if he ever runs out of staff willing to smile and nod their heads at him, then it might be his only remaining option.

But there is more to it than that. If we are to assume that beneath the bullying and bigotry lies the basic building blocks of a man, then the huge dose of goodness and humanity that the dog bestows upon you might just help to soften those hard, orange edges. A dog can teach you more about patience, loyalty, selflessness and bravery than most men can, even ones in the Oval Office.

Get a dog, Trump. And if not, don’t apply for a job with the National Trust. You are not the right sort of chap.