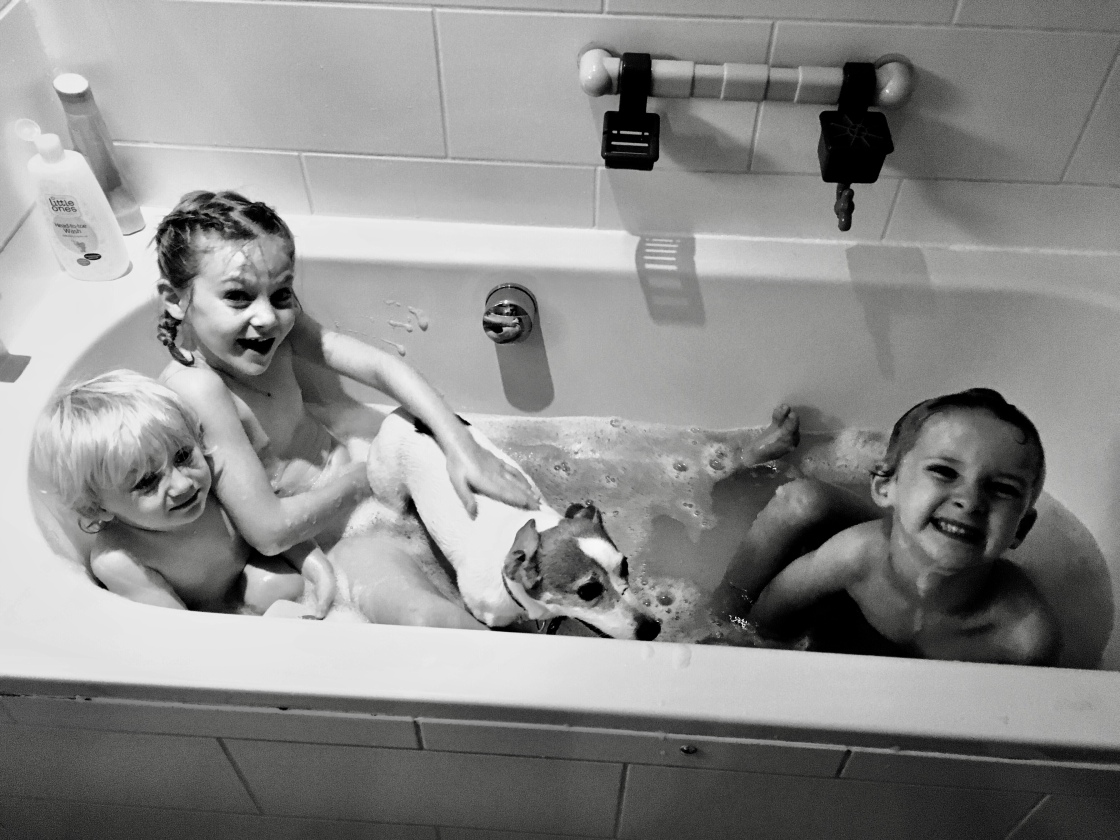 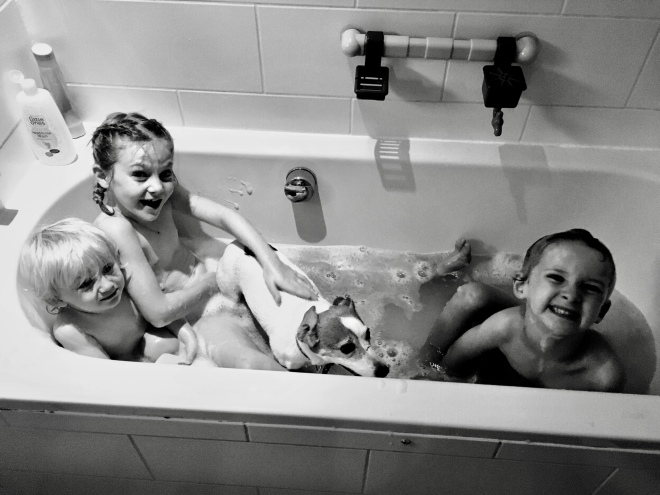 You know you have hit middle age when you find yourself at home on a Saturday evening, listening to Classic FM and stroking a Jack Russell. The fire was on, my feet in slippers and I was even contemplating the resurrection of an old knitting project. My thirty year old self would have shuddered at the thought of such staid domesticity, but that is one of the wonderful things about getting older. We no longer feel the need to get dressed up or to go out and quite frankly, we no longer care.

There was in fact some purpose behind the evening. My dog, Mabel, is terrified of fireworks. She is scared of many things, most of them quite niche, but nothing sends her more demented than the bangs and whizzes of bonfire night. It starts with the ears pulling back, the tail tucking under and then rapidly progresses to panting, shaking and a frantic search for somewhere to hide. She has been known to jump into full baths of water if she hears so much as a small bang, something my children are never quite expecting at the time.

Classic FM had created a special two hour programme of music to soothe some of the more nervous canine (and other small furry) residents while the rest of the country prepared to head out into the dark to light large fires and set off rockets. Hosted by the effortlessly smooth Bill Turnbull (himself a dog owner) and featuring the dulcet melodies of Mozart, Elgar and Debussy, ‘Pet Sounds’ was a one off programme aimed at the serious dog owner. The ones whose dogs eat kale and visit reflexologists. This is absolutely fine. I have been that dog owner, and may well be again when my children decide to grow up and leave us in peace. They are 6, 4 and 1, so it’s a little while off.

Animals, predominantly dogs, would ‘call in’ to request a tune which Bill would then play. Alfie, a Cairn terrier from Wrexham, wanted some Elgar, Tess and Bentley in Harrogate had ‘Farewell to Stromness’ and a horse called Boris Walker requested Clair de Lune, one of my personal favourites. Good taste, Boris.

Mabel was sleeping off five brioche buns stolen from the kitchen counter when the first hour kicked off with The Swan by Saint-Saens. Brioche has a remarkable soporific effect, particularly when taken in large doses (take note parents). Their heavy, doughy like texture can knock a small dog out for at least a good hour, leaving her comatose for most of the first half of Bill’s classical choices and for the majority of the local fireworks. By eight o’clock she was just coming round and while a little fuller than she would have been comfortable with, the sounds of Bach’s ‘Sheep May Safely Graze’ – Maggie the Patterdale terrier’s irony-laden choice – gently acclimatise her to the noise outside.

We live in the middle of the countryside so the bangs can be few and far between, but it only takes one ‘Super Stallion’ set off in a neighbours back garden to send her heart rate through the roof and clambering on to the nearest human’s lap for shelter. She sat through some Wagner and even listened to Bill’s own choice for his three black Labradors (Handel) before deciding she’d had more than enough.

According to the University of Glasgow, dogs prefer reggae and soft rock to most other genres, although each individual dog has ‘its own distinct taste’. While classical music has been shown to decrease anxious dogs’ heart rates, what Mabel really wanted was something to drown out the noise outside so we whacked on some thrash metal (Anthrax’s ‘Madhouse’), turned up the volume and waited for the panic to settle. It didn’t take long. You can’t out-noise Anthrax.

I’ve always suspected Mabel to be a jazz girl. She has that look about her. Maybe we will try some of that on New Year’s Eve.